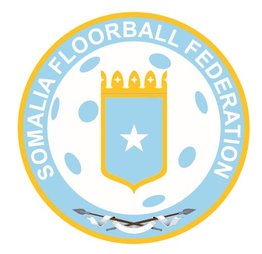 MEMBER OF THE INTERNATIONAL FLOORBALL FEDERATION

Somalia will participate in the second African Cup in the Kasarani Arena in Nairobi, Kenya, the 21st to 22nd of September. Seven nations will join the men's tournament and three the women's tournament. You can follow the results during the weekend at www.facebook.com/Somalia-Floorball-Federation and  www.facebook.com/idrottforintegration.

Welcome to the Kasarani Arena!

The eleventh Men's World Floorball Championships was played the 3rd to 11th December in Riga, Latvia. 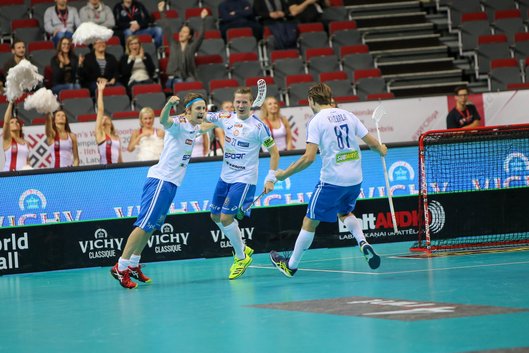 One last time in Arena Riga, Finland played against Sweden in the golden game of 2016 World Floorball Championships .  1st period, five minutes into the game both teams were just testing each other out. During that time, Finland managed to create a great scoring chance.  The Swedes got a power-play early in the period but couldn’t manage to do much with it until 25 seconds before the end of it, the Swedes got the ball in the net. 9:15 into the period, the Finns tried to breakaway but the rush got broken up by the Swedish defensemen.  10:08 into the period, the Swedes scored again but that had to be reviewed to see if the ball crossed the line. After the power break,  the referees motioned that the goal was a good one. Finland decided to show up to the game in the middle of the 1st period to get back one of their own, cutting Swedish lead back to a single goal.  Later in the period it was all tied up and it stayed that way after first twenty minutes.

2nd period went on with high paced ball movement between both teams as they attempted to get the scoring going to reflect the entertainment level of the game. The Swedes managed to do it 3:49 into it to put themselves up by a goal once again.  The Finns were eager to get that ball back but couldn’t get too attached to it in the Swedish defensive side.  Suomi tried their best and started pushing as hard as they could to tie it all up again as you could feel that the tension was rising closer to the end of 2nd period.

The final period of the tournament began with Sweden being up a goal against Finland.  The Swedes almost went up by two goals but the Finnish goalie was sharp in his cage to shut down that chance and keep his team within reach of the gold medal. The Finns were generating a lot more offense while Sweden played more of a calm defensive game attempting to secure their victory, relaying on counter strike chances. 7:47 played in the 3rd period and Arena Riga lost it´s roof as Finland finally tied the game up making the game just so much more intense and entertaining for fans. The game all of a sudden got really close and uptight as both teams were now thinking about defense to make sure none of them would fall behind. With six minutes and 50 seconds left in the period, Finland was set to go on to a power-play.  Finland managed their chances but it wasn´t enough for them to capitalize and secure a lead.  The Swedes couldn´t take it for much longer as they started to push for their own goal and they almost got one with a little over a minute left but the Finn goalie was still there and ready to go.

Unbelievable stuff in Arena Riga - this game and the World Championship would be decided in OT. Both teams were careful trying to limit their mistakes to none. It was an intense and pressurising game filled with quality and mind boggling emotions till the very end - but that wasn´t enough as the game would have been decided in the shootout. Finland won shootout 4-2 and got their third title. 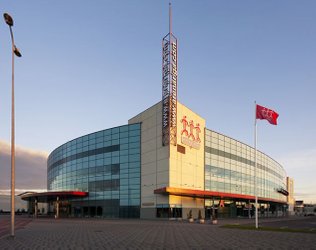 Every match of the WFC 2016 was streamed LIVE on the IFF YouTube channels.

All matches from Arena Riga on Channel 1: www.youtube.com/iffchannel

All matches from Olympic Sports Centre Elektrum on Channel 2: www.youtube.com/ifflive